The Netherlands boasts a wide variety of exceptional gourmet delicacies such as oysters from Zeeland, Texel lamb and asparagus from Limburg, to name a few. While they are certainly earning the country its long-deserved culinary esteem, there’s no denying that the love for snacks foods is intrinsically woven into Dutch culture just as much as tulips, clogs and cheese. Just ask the tourists ordering plate-sized stroopwafels at the markets or attempting to bite into dangerously hot bitterballen at the pubs. Here are the top ten snack foods you won’t want to miss the next time you visit the country.

The most popular of pub snacks, and one that always hits the spot, is the irresistible bitterbal, which should come with a word of warning. The deep-fried, ragout-filled meatballs are wickedly hot on the inside. Dip each crisp little ball in the side of tangy mustard provided and proceed with care!
Bitterballen were invented by the Spanish during the Eighty Years’ War. Far from home and craving their tapas, they came up with a recipe consisting of leftover meat mixed with eggs and flour.
There’s nothing ‘bitter’ about bitterballen. They were usually enjoyed with a tipple (bittertje), hence their name. 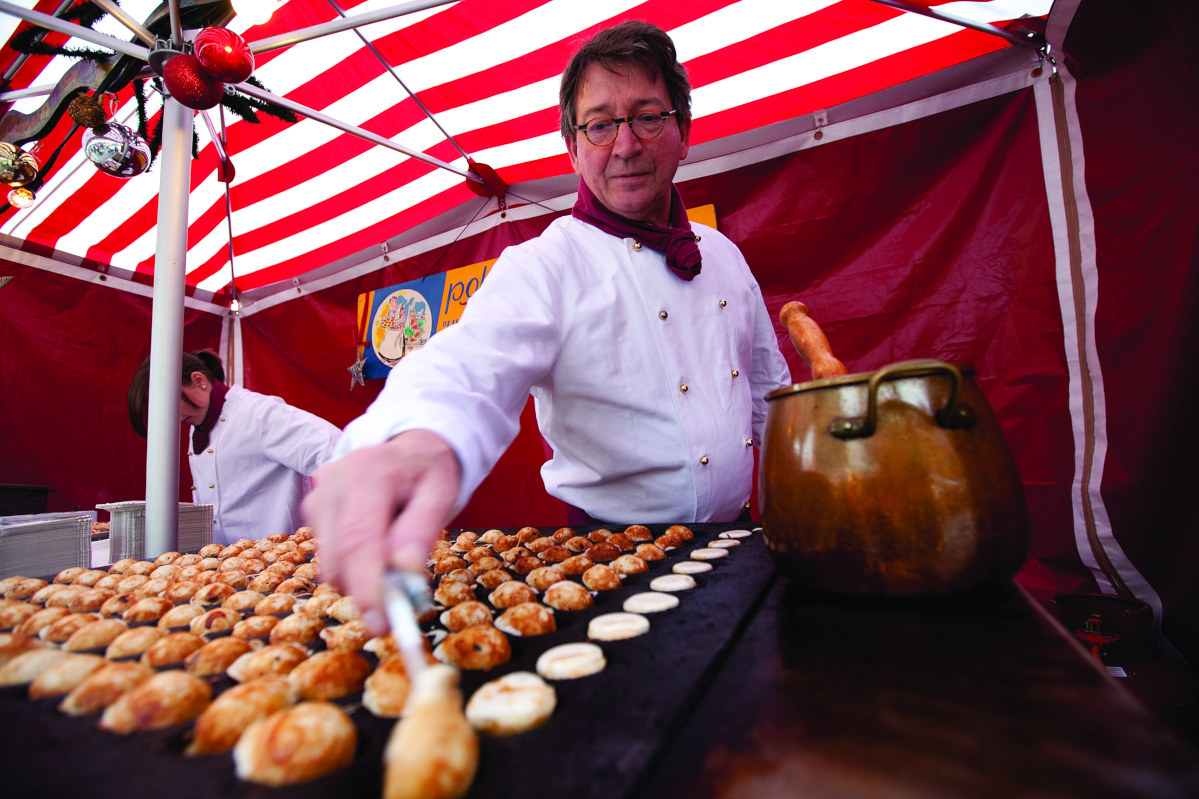 Ask any Dutch child what their favourite snack is and they may just mention poffertjes. Shaped like fluffy miniature pancakes, poffertjes are usually purchased at a special stand known as a ‘poffertjeskraam’, but are also available in many restaurants as part of the children’s menu. They are prepared in a special cast-iron pan with small indentations and served hot with generous amounts of butter and icing sugar. Ready-made poffertjes, which can be warmed in the microwave, are available at supermarkets, but they are never as good as when freshly baked. 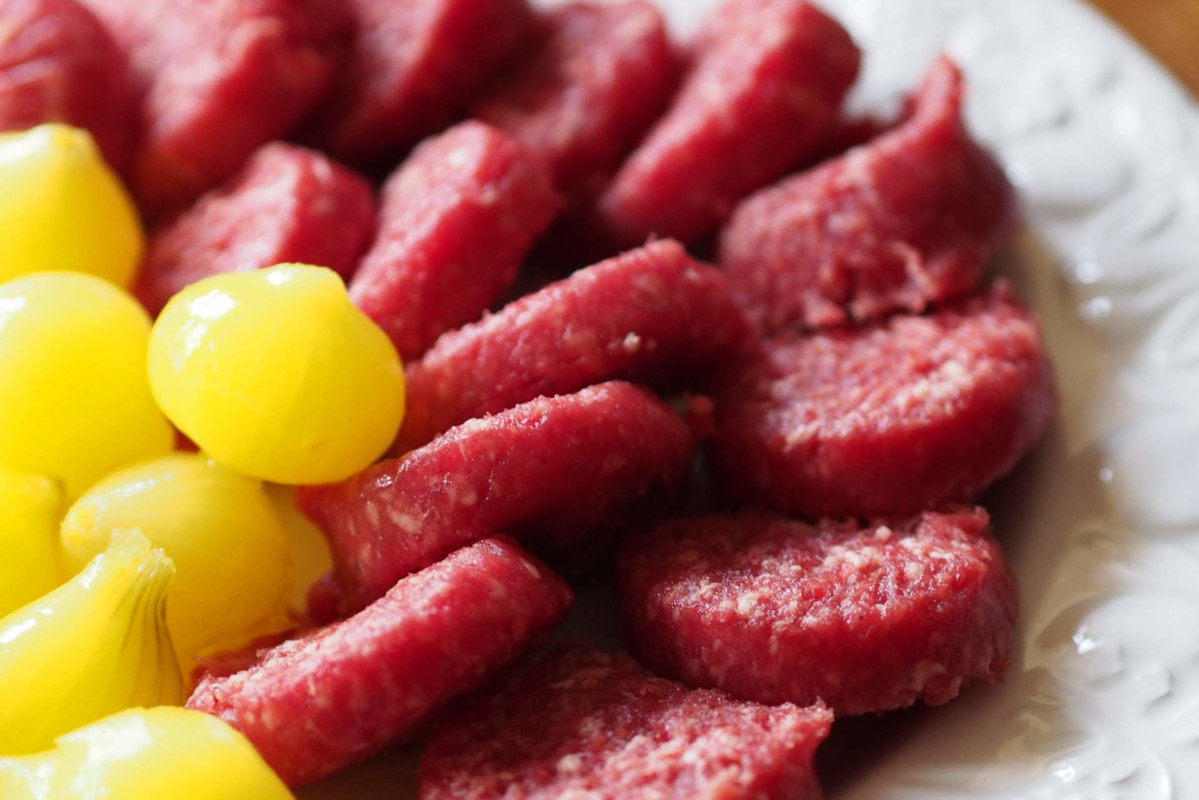 No trip to Amsterdam would be complete without sampling the city’s famous osseworst. Made from lean, coarsely minced beef mixed with warm spices such as cloves, nutmeg and mace, the raw sausage can be eaten as a snack with pickled onions, gherkins and mustard, or stuffed into a soft white roll.
The original recipe dates to the 17th century when it was made with ox meat and spices brought over from the Dutch East Indies. Back then it was lightly smoked as a means of preservation, but today it is mostly available fresh. 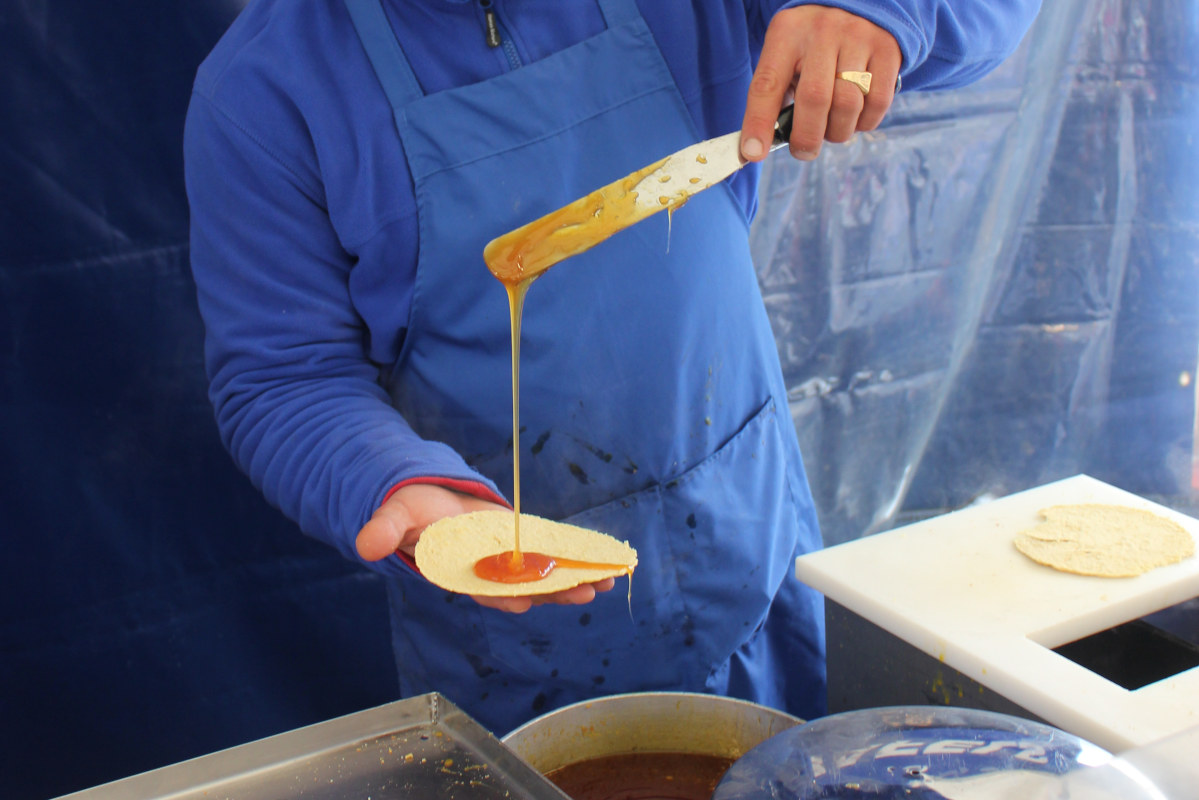 The history of the stroopwafel originates in Gouda at the beginning of the 19th century when a frugal baker created a thin wafer made of crumbs, leftover dough and syrup. Because it was inexpensive and filling, it was known as the ‘pastry of the poor’.
During the course of the 20th century, they were offered at delicatessens in major cities. The popularity of stroopwafels soared in the 1960s, prompting bakers to come up with the ingenious idea of selling them at market stalls all over the country. Today, approximately 300 million warm, gooey stroopwafels are consumed annually in the Netherlands. 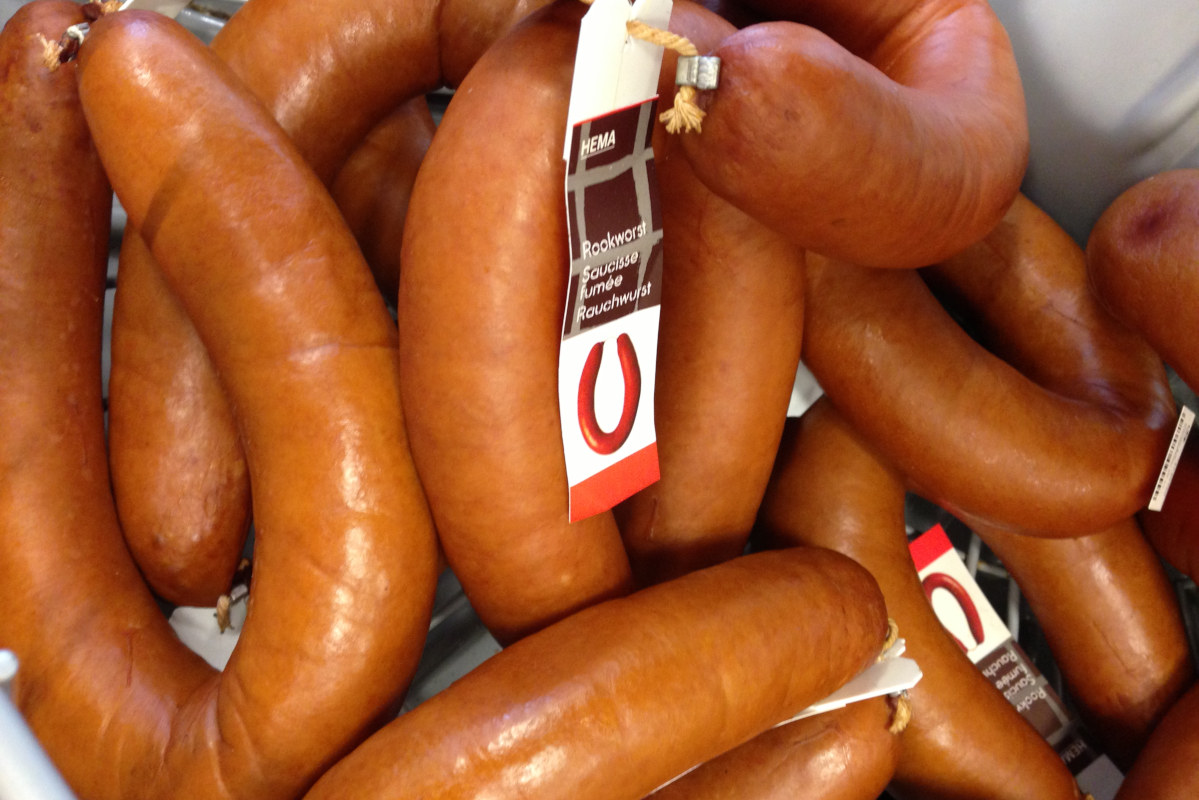 Thick, juicy and delicately spiced, rookworst was first mentioned in Dutch cookbooks of the 18th century. Precise instructions were given on how to smoke the sausages by the fireplace or in special smoking rooms using oak or beech wood. Gelderland had the largest supply of these types of wood, so logically, the province became the country’s smoked sausage leader.
Rookworst was popular during the Second World War when they were mostly made from waste products. These days, however, rookworst is made of pork, beef or chicken, and there are even vegetarian versions! 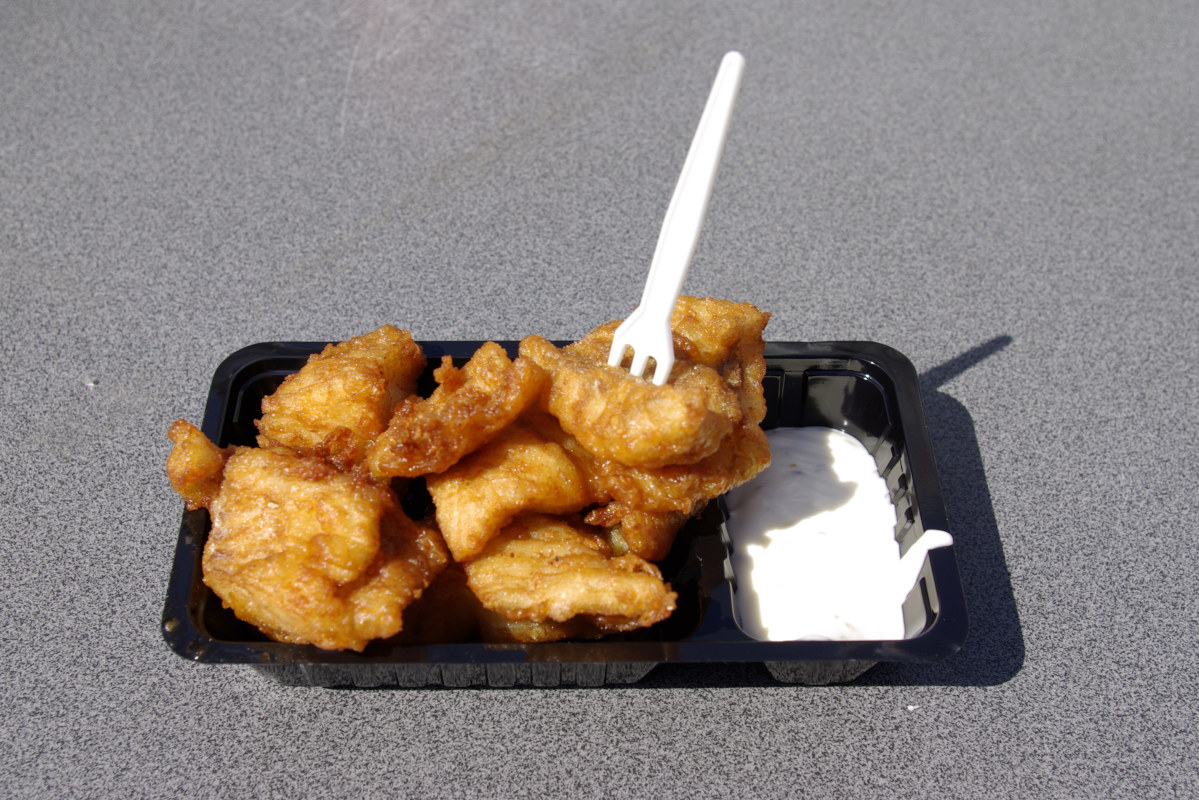 Bite into a piece of tender kibbeling and your taste buds will swoon, especially when the golden nuggets are dipped into the tangy rémouladesaus (a mayonnaise-based sauce with capers and herbs such as tarragon and parsley) served on the side.
Flaky on the inside and exceptionally crisp on the outside, the chunks of fried fish were first served in the IJmuiden, once the country’s largest fishing port. Originally, they were made with cod cheeks, which today is usually replaced by the cheaper pollock.
This much-loved street food is best savoured with an ice-cold beer or a glass of chilled white wine. 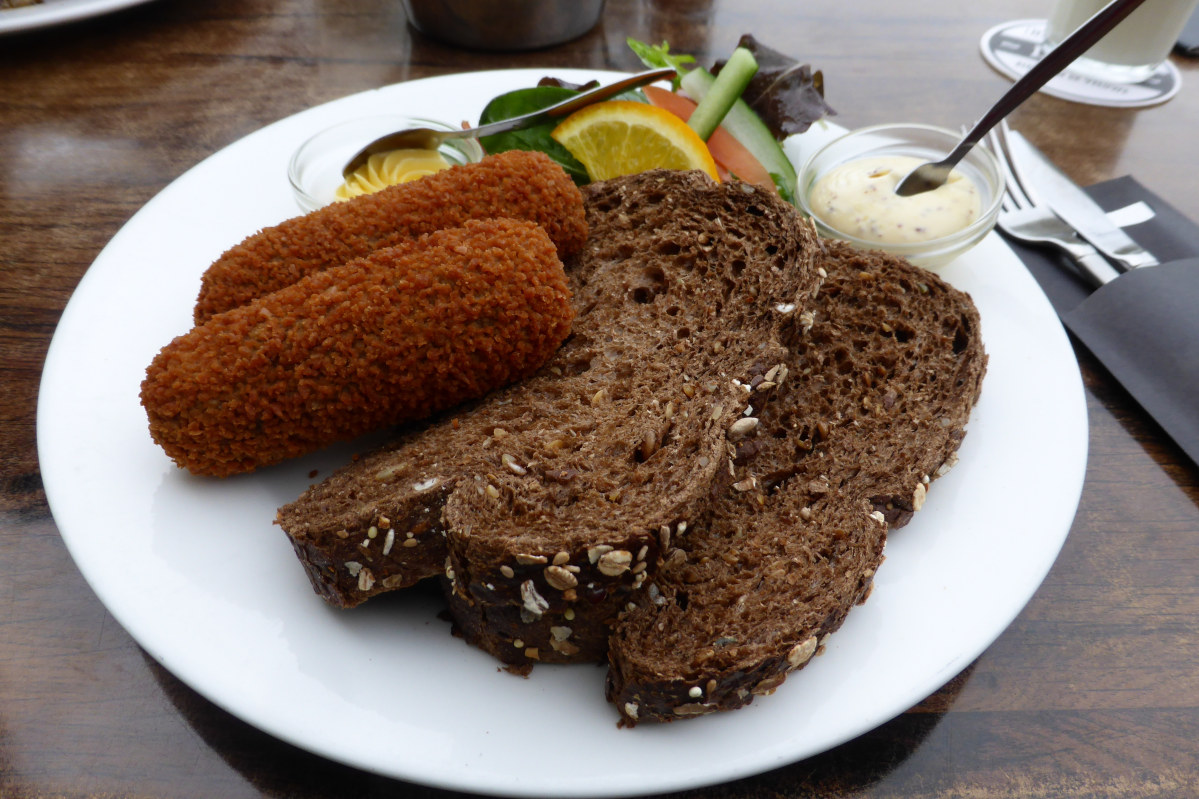 Approximately three hundred million kroketten are consumed in the Netherlands on a yearly basis. Roughly, that’s 25 per person annually. Interestingly, the kroket is not Dutch in origin, but French. A recipe for the first ‘croquet’ can be found in the French cookbook Le Cuisinier Royal et Bourgeois (1705). In the Netherlands, the first recipes date to the middle of the 19th century.
Initially considered a posh food, it was after the Van Dobben eatery in Amsterdam sold their first kroket on 28 June in 1945, that they became the snack food we now know and love. 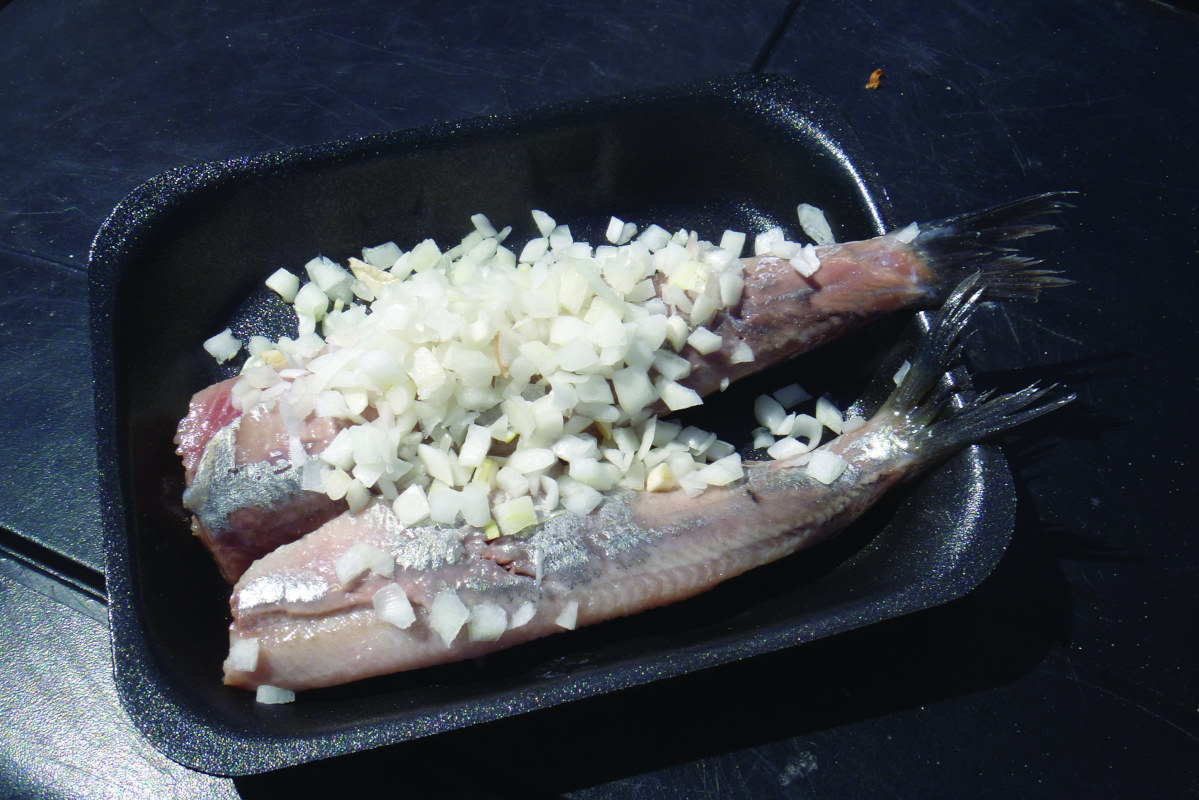 The Dutch are fiercely proud of their herring. Foreigners visiting the Netherlands are often taken to a herring stand to experience what can literally be described as a taste of Dutch culture. If they dare, that is, because let’s face it, not everyone is willing to grab the raw, slippery fish by the tail, dip it in onions, tilt their head back and bite. Yet for many Dutch, herring is something they grew up with.
This year, the much-anticipated event known as Vlaggetjesdag (the start of herring season) will be celebrated on 13 June in Scheveningen. 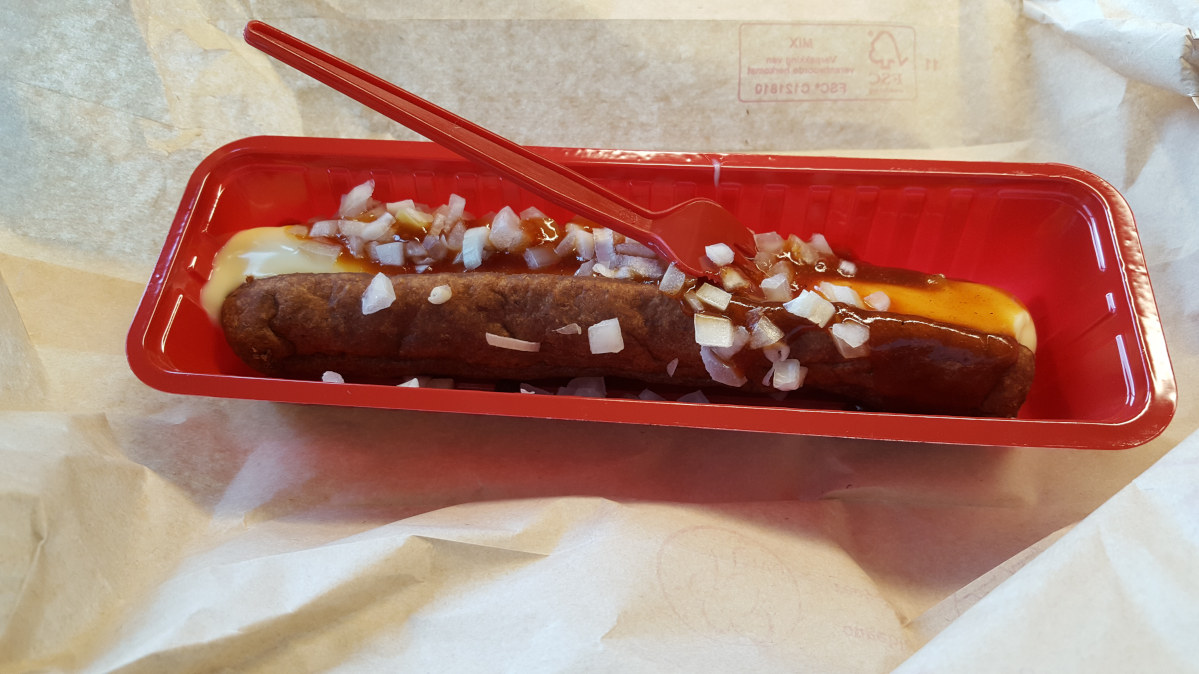 Love it or hate it, the hot-dog-shaped sausage known as frikandel is a staple at Dutch snack bars across the country. Recipes for a meatball called ‘frikadil’ were already around in the 17th century, but the variation we know today was invented in the town of Dordrecht in 1954, when a butcher by the name of Gerrit de Vries gave the meatball a cylindrical shape.
Frikandel is made from pork, chicken, beef and sometimes horse meat. The most popular way to enjoy it is a ‘frikandel speciaal’: split open and filled with curry ketchup, mayonnaise and finely chopped onions. 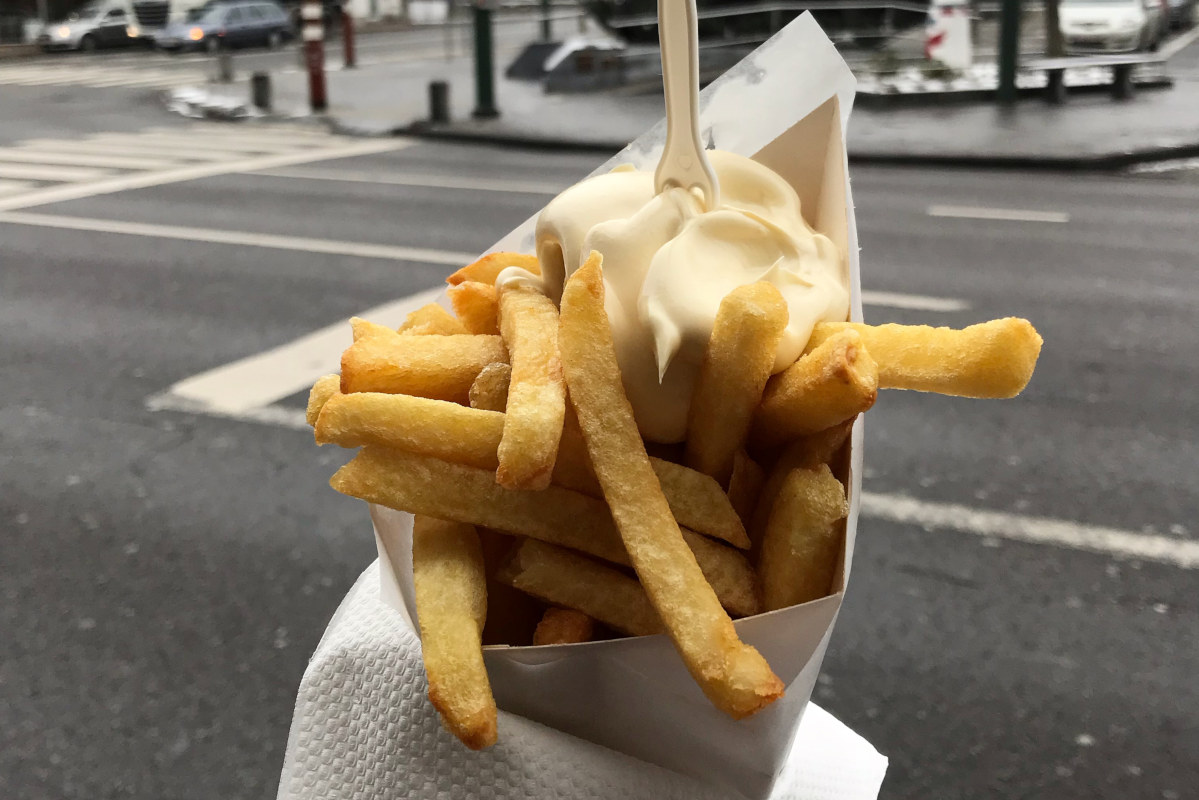 Whether you live in the north of the country and call it ‘patat’ or in the south and refer to it as ‘friet’, one thing is certain: nothing beats a cone of golden, thick-cut chips served piping hot and topped with blobs of mayonnaise. Street food at its best, they are usually eaten on the go and are probably the first treat tourists indulge in when they arrive in Amsterdam, judging by the queues outside one of the city’s most popular chips stands.
You can also order them with minced onions, peanut sauce and mayonnaise, known as ‘patatje oorlog’ or ‘war fries’.

A taste of Flanders – The ultimate brewery, distillery and winery guide