Useldange Castle: A taste of medieval life in Luxembourg

T here’s nothing quite like standing in a medieval fortress to give you a real sense of life in the Middle Ages, and at the 12th-century Useldange Castle in western Luxembourg, you can do exactly that.

Walking along the vast fortress walls and climbing the two remaining towers – one round, one rectangular, the views alone are spectacular. Set high up on a hill, just 15 minutes from the Belgian border, above the village of Useldange, you can see the River Attert and its surrounding landscape for miles around and it was this high vantage point that was obviously what originally made the site so advantageous as a defence against hostile neighbours.

However, these days Useldange Castle is most famous for what is known as its ‘culture trail’ – a 16-stop journey through the history of the castle and its surroundings, as well as an exploration of life in the Middle Ages.

Developed under the patronage of UNESCO, the trail has been specifically designed to work for all visitors, including those with visual impairments. Special provisions include information boards with explanations in braille lettering as well as audio presentations at every stage in English, French, German and Luxembourgish.

“For me,” begins Romain Kleer, president of Culture and Castle Friends Useldange, “it is the Culture Trail which makes Useldange Castle unique in Europe.”

The first stop on the trail is the spacious underground crypt with a touchable model of the fortress itself. The trail then continues across the castle’s towers, where two remarkable exhibitions are on permanent display.

In the first, the display traces the history of the fortress itself, spanning its origins in the ninth century through its evolution up until the 19th century, whilst the second tower focuses on daily life in the Middle Ages over the course of a year.

The second exhibition is spread over the tower’s four floors with 3D panels and pictures exploring every aspect of life across the different seasons of the year, taking in the daily activities of people from all walks of life, from peasants to merchants, clergymen and nobles. 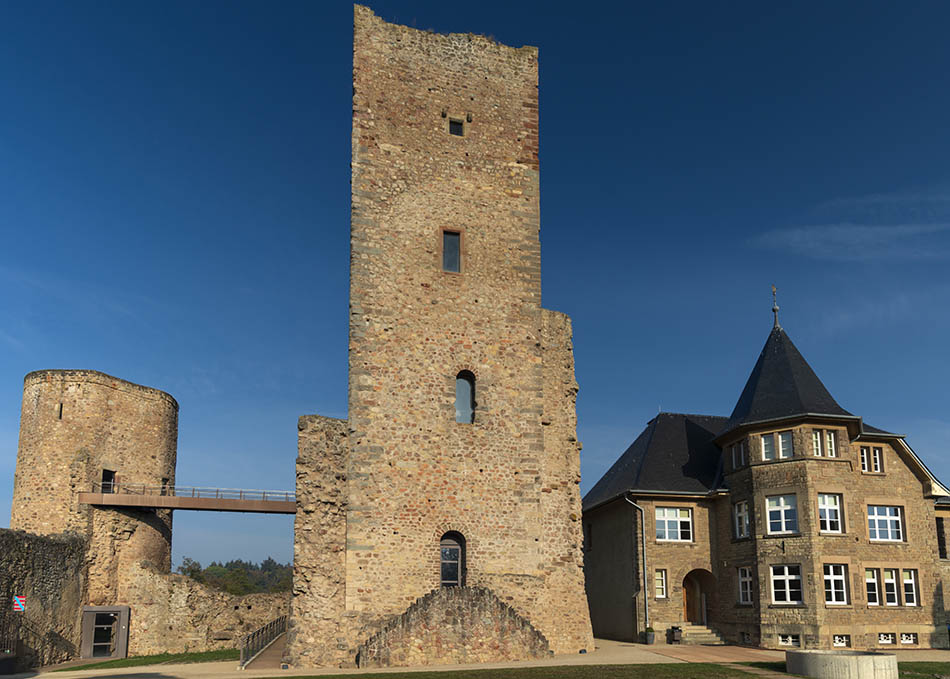 The trail then continues into the castle’s expansive gardens which include medieval gardens, a kitchen garden and a herb garden, as well as a stop alongside the river where you can see different species of fish.
Other stops include explanations of the various species of birds found amongst the castle’s grounds, as well as cartography, poetry, the chapel and the cemetery.

Alongside its ‘Culture Trail’ and grounds, castle Useldange Castle has also become renowned for its annual Medieval Fair, with two days of medieval-themed merriment.

The castle has welcomed some 5,000 visitors from France, Belgium, Germany, Luxembourg and beyond, and this year’s Fair on June 13 and 14 looks set to be even more successful. 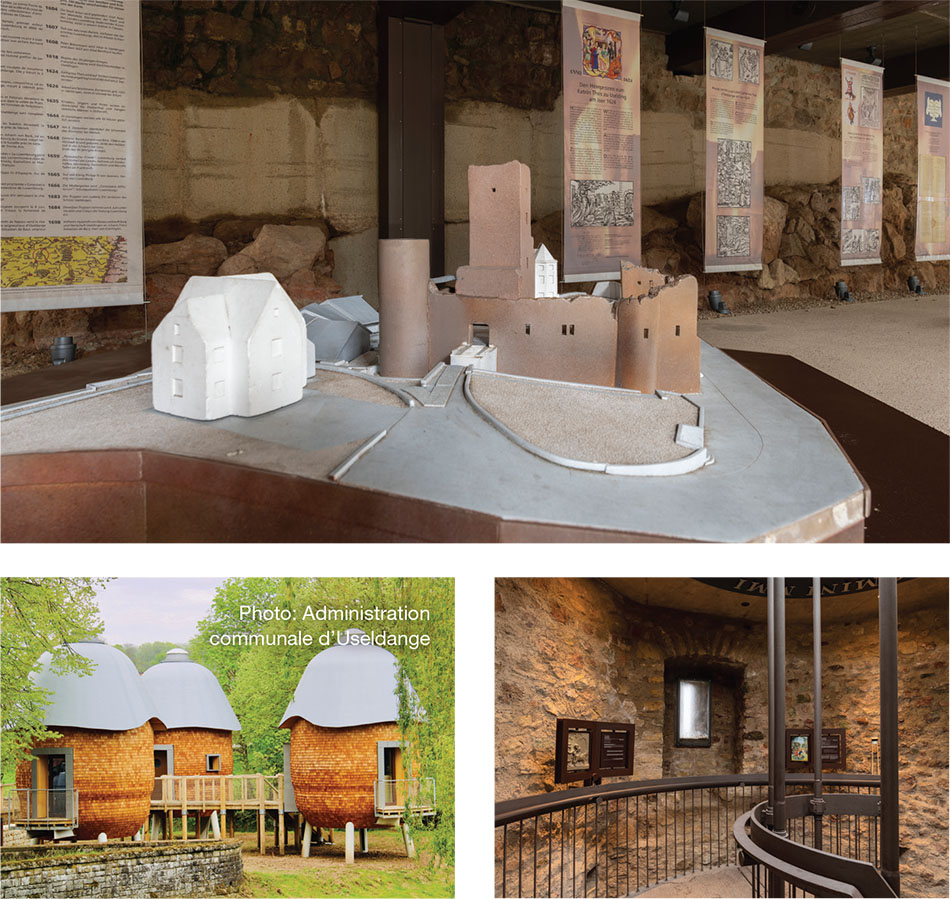 The Medieval Fair may be one of the highlights of the castle’s calendar, but throughout the year a series of events is organised at ManuKultura, a centre for art and culture next to the castle, including yoga and dance sessions, as well as sustainable upcycling courses, classes in calligraphy, genealogy and occasional blues music soirées.

Visitors who wish to really soak up the local atmosphere and extend their stay can also take advantage of the eco-friendly rooms at the Péitche Lauer Eco Lodges and Hotel. On the edge of the River Attert, there are nine rooms within the hotel itself or there’s the option of mushroom-shaped individual lodges, or ‘MushRooms’, as they’re known.

At the Péitche Lauer Brasserie, meanwhile, chef Raul serves up a daily changing seasonal menu with dishes such as veal Cordon Bleu, tagliatelle with two types of salmon, or ‘surf and turf’ with beef fillet and giant prawns with garlic sauce. There are also vegetarian and gluten-free dishes, as well as a children’s menu. 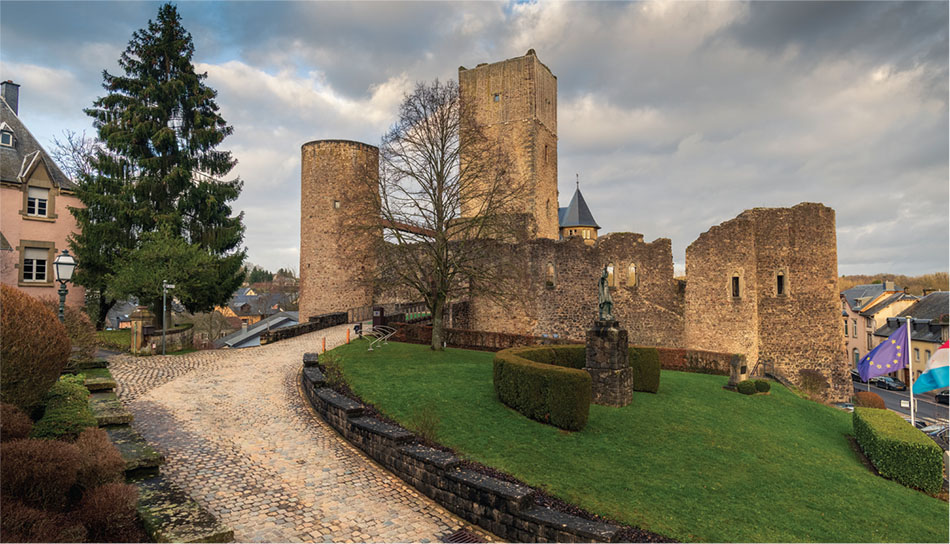