Tournai is probably the oldest city in Belgium, but it is still capable of surprises. The city, which sits a stone’s throw from the French border on the banks of the river Scheldt, has a big reveal in store for 2020: the iconic Notre Dame de Tournai Cathedral has been restored to splendour following almost 20 years of extensive restoration works.

Although the renovations remain ongoing, the removal of the scaffolding that has covered the cathedral’s façade for years means that this year, visitors will once again be able to appreciate the 12th century Gothic masterpiece (the only certified UNESCO World Heritage Site cathedral in Belgium) in all its glory.

Not only does the cathedral’s facelift coincide with the 20th anniversary of its UNESCO World Heritage status, but it also comes as the building prepares to celebrate the 850th anniversary of its consecration. The official anniversary takes place in 2021, but a festive programme of events spanning concerts, guided tours and exhibitions, will kick off this summer to honour the historic milestone. 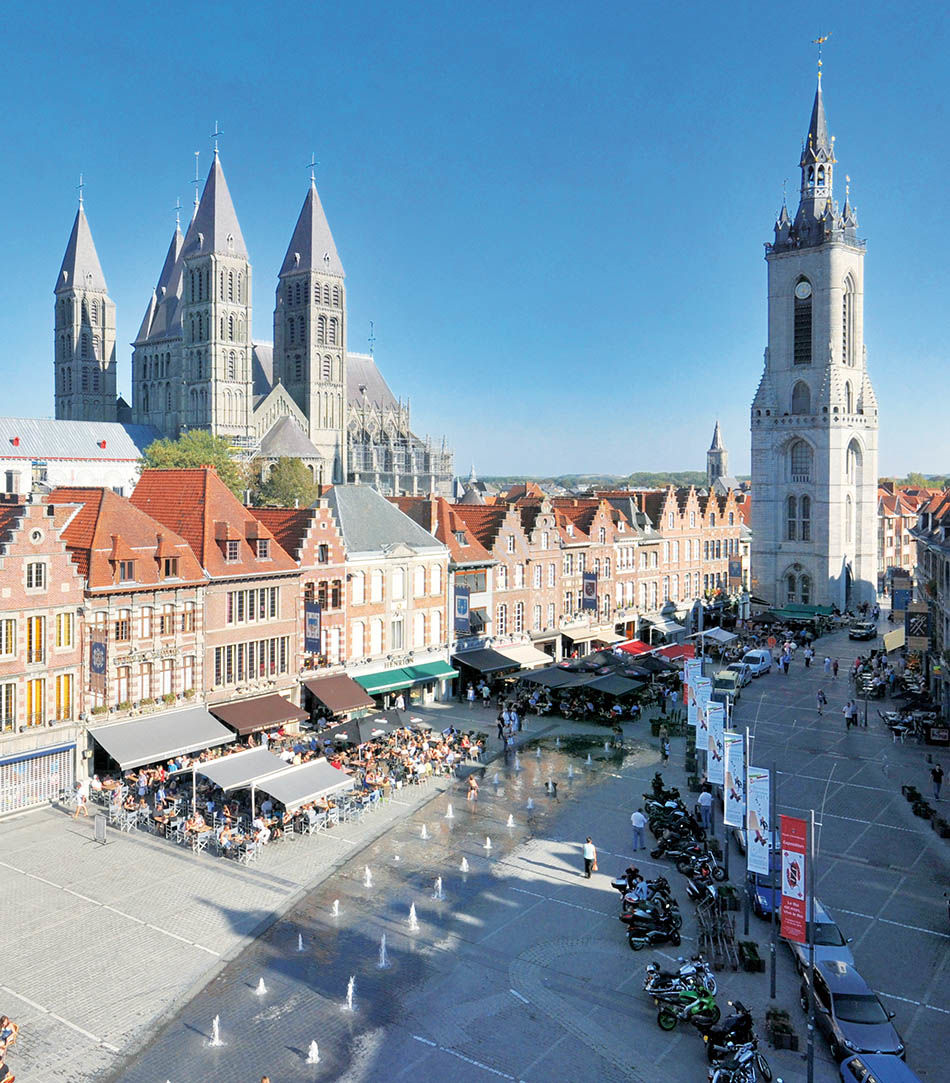 Famous for being ‘both green and blue’, due to its proximity to both the river Scheldt and its verdant countryside environs, Tournai is a nature-lover’s dream. The city’s many parks and gardens provide ample opportunity to reap the benefits of being outdoors, and its bucolic surroundings and 29 nearby rural villages are best explored via activities such as walking and cycling.

Luckily, discovering the area on two wheels has never been easier, thanks to the launch of a new, updated cycling guide for 2020 that details ten different routes for taking in the best of the region. The system utilises a network of signed marker points, known locally as ‘points-noeuds’, to help cyclists navigate their way around the region. A standout itinerary dubbed ‘Bike and Beer’ is sure to prove popular with visitors: the route includes the brewery Brasserie Dubuisson, a family establishment that has been brewing 100 per cent natural Belgian beers for more than 250 years. Its tempting beverages available for sampling include cult names such as ‘Bush’ and ‘Cuvée des Trolls’, and those with an interest in the brewery’s history can delve deeper by taking part in the new interactive ‘Beerstorium’ experience, which uses virtual reality to take visitors back in time to the establishment’s beginnings in 1769.

A somewhat more exotic (and family-friendly) nature-themed experience can also be had at the zoological garden at Tournai’s Musée d’Histoire Naturelle. The museum itself is older than Belgium, having been founded in 1828, and features a 19th-century-esque ‘Cabinet des curiosités’ that is sure to captivate even the most rigid of imaginations. The brand-new garden, which is divided into themed zones, strikes the same balance, housing snakes, tortoises and even a beehive. A large greenhouse also lets visitors walk amongst clusters of butterflies from all over the world. 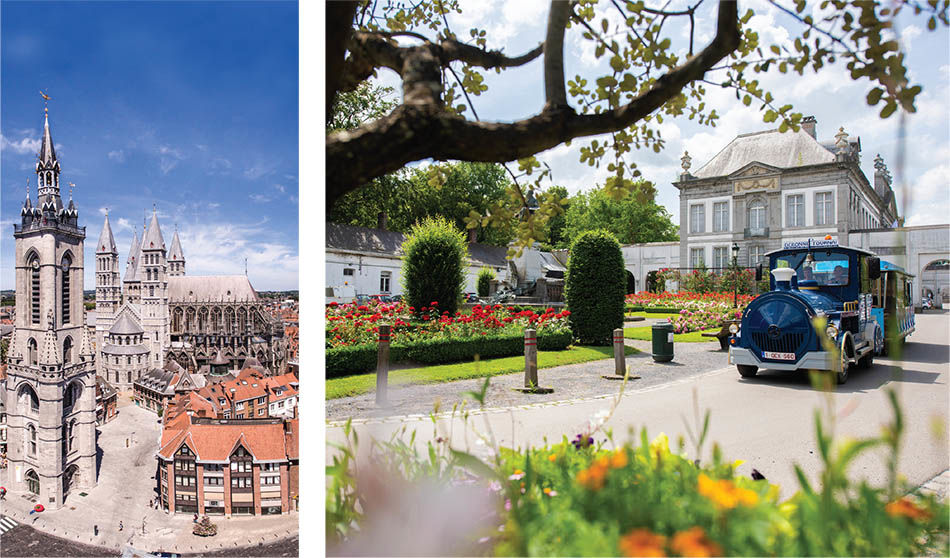 A passion for museums

Museums, in fact, are something of a speciality in Tournai. The city counts seven of them in total, ranging from the Art Nouveau gem the Musée des Beaux-Arts (designed by the Belgian architect Victor Horta), to the Centre de la Marionnette, whose impressive collection of puppets includes figurines from Thailand, Vietnam, Portugal and Sicily, to name just a few. History buffs can wile away the hours in the Musée d’Histoire militaire and the Musée d’Archéologie, while arts and crafts aficionados will no doubt be drawn to the Musée de Folklore et des Imaginaires and TAMAT, which specialises in the art of tapestry.

As a festive community, Tournai is known for its joyous annual celebrations, including the ‘Marché aux Fleurs’ – a tradition established in 1825 that sees the city explode into fragrant floral blooms for one day every spring, with flower stalls lining the streets from the train station down to the river bank. Other important moments throughout the year include the accordion-themed musical extravaganza ‘L’accordéon, moi j’aime’, as well as a Pentecost fete, a summer garden party and the three-day folkloric fête ‘Tournai et ses cortèges’, featuring a street procession of larger-than life giant figures, held every September. There is usually a reason to wander the animated streets of this city and soak up its jubilant outlook on life. Luckily, it boasts the most restaurants and cafes per capita in Belgium, with locals and tourists alike regularly filling up the many taverns, bistros, cafes and brasseries peppered throughout the city’s historic centre. Speciality Belgian chocolates can be sampled throughout the city, and local beers are served on the terraces during the warmer months. Cycling home is not advised!