Schengen: The historic Luxembourg village where European unity was born

T here’s something special about border towns and none less so than Schengen in south-eastern Luxembourg. Situated at the bottom of the triangle where the Benelux countries border Germany and France, Schengen caught the attention of the world in June 1985 when it hosted the historic signing of the ‘Schengen Treaty’, formalising the agreement between the original EU countries to abolish border controls between them.

35 years on, Schengen attracts some 50,000 people every year from as far as China and Australia and it has become the flagship for a Europe ‘sans frontières’ (‘without borders’). However Schengen is also known for much more.

People come to visit not only Schengen’s museums, in particular the European Museum which commemorates the signing of the treaty, but also the region’s green, undulating countryside with its lakes, wine-making villages, nature reserves and gardens, and not to mention its superb food and wine. There is also exceptional countryside for walking, with magnificent views across the Moselle valley, sloping vineyards and some very special flora and fauna.

“We are in a unique location,” says Michel Gloden, mayor of Schengen, “where three countries meet. People come here to learn about the history of the European Union, and also explore the beauty of our landscape, and the different countries on our doorstep.”

Opened in 2010, the European Museum is dedicated to the history and significance of the Schengen agreement. A permanent exhibition with interactive displays covering some 200 square metres retraces the evolution of Europe from a series of different countries with borders to a union sharing a common citizenship.

Other fascinating museums in Schengen’s ‘three border’ area include the ‘A Possen’ Wine, Toy and Folklore Museum – the recreated home of a typical local winemaking family during the 18th and 19th centuries, which also has a permanent exhibition of toys from past times. 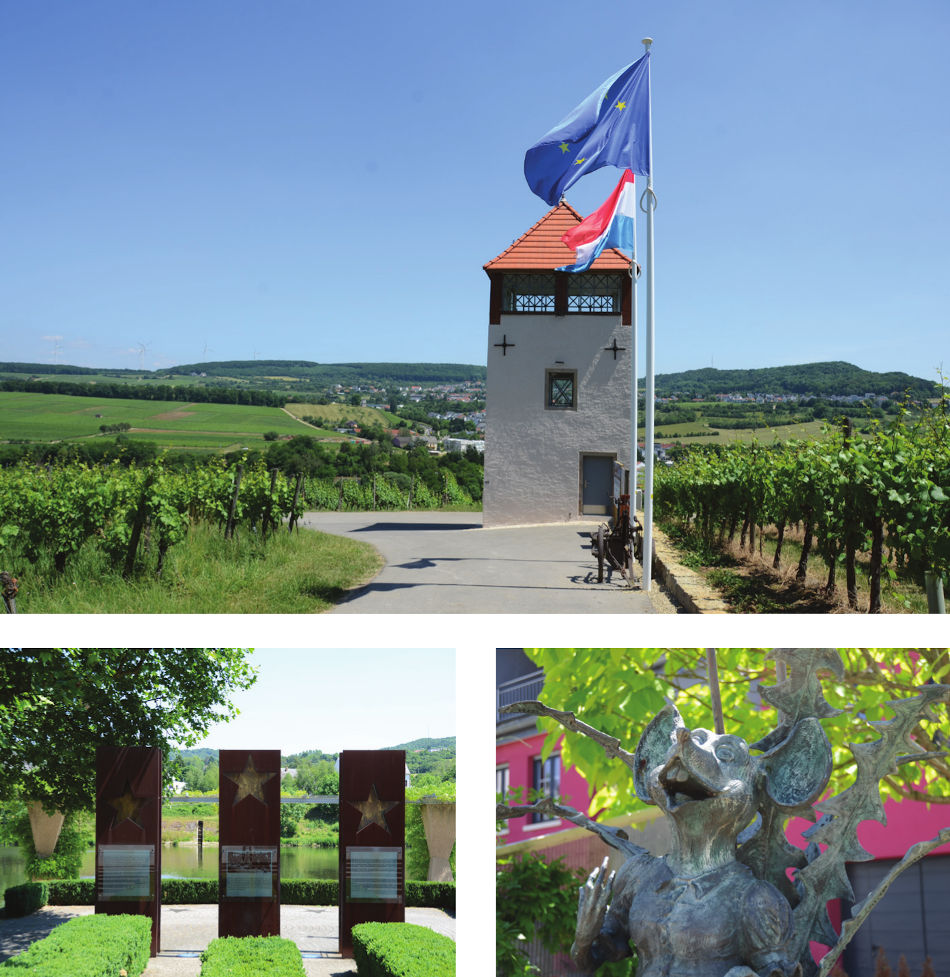 At the base of the wine slopes between the villages of Schengen and Remich, the Haff Réimech Nature Reserve is known for its huge range of bird species, flora and fauna and is also home to the futuristic, architect-designed ‘Biodiversum’ – a museum created on an artificial island, with a permanent exhibition exploring the history of the nature reserve, the aquatic world and issues of sustainability and protection.

Heading off in the opposite direction from Schengen, a path under the village bridge leads to a former plaster mining site – now the Stromberg nature reserve. Like Haff Réimech, Stromberg is also home to a broad range of protected plant species and rich wildlife, complete with a 4.5-kilometre educational nature path.
Slightly further afield, in the hills above the village, the ‘Kuebendellchen’ Nature Reserve is no less impressive, with more than 70 bird species and numerous rare butterflies, indigenous to the region.

Otherwise, for those with a yen for the beach, every year in spring and summer, the extensive ponds and large beach of ‘Baggerweieren’ in Remerschen are a great spot to sunbathe or simply cool down. Children can enjoy splashing around in the ample swimming area whilst more active adults can take advantage of three beach volleyball courts and a petanque court.

In the nearby village of Remich – known as the ‘Pearl of the Moselle’, the ‘Esplanade’ is the place for a stroll and a drink. The three-kilometre-long promenade, lined with cherry and birch trees and terrace cafes, runs alongside the banks of the Moselle, and is where locals and visitors alike come for a glass of local wine or for a boat cruise. There’s also mini golf and a heated open-air swimming pool.

Schengen is a wine-lover’s paradise. At the Markushaischen wine-making co-operative estate, visitors can enjoy wine tastings, romantic dinners and vineyard walks, whilst every year on the third Sunday in October, the traditional ‘Hunnefeier’ takes place in Schengen. The festival marks the end of the annual grape harvest and visitors flock to enjoy more than 100 stalls, international street artists, musical entertainment, pony riding, local and regional cuisine, local wine tastings, crémants and ‘Fiederwäissen’ – the traditional local brew.

Tourist information from a shark

Visitors to Schengen won’t help but notice the eye-catching tourist information office on the architect-designed pontoon on the Moselle, in the shape of a shark. Complete with a souvenir shop, the tourist office is a great starting point for a visit to the area and staff can offer advice on itineraries as well as providing bike rental. 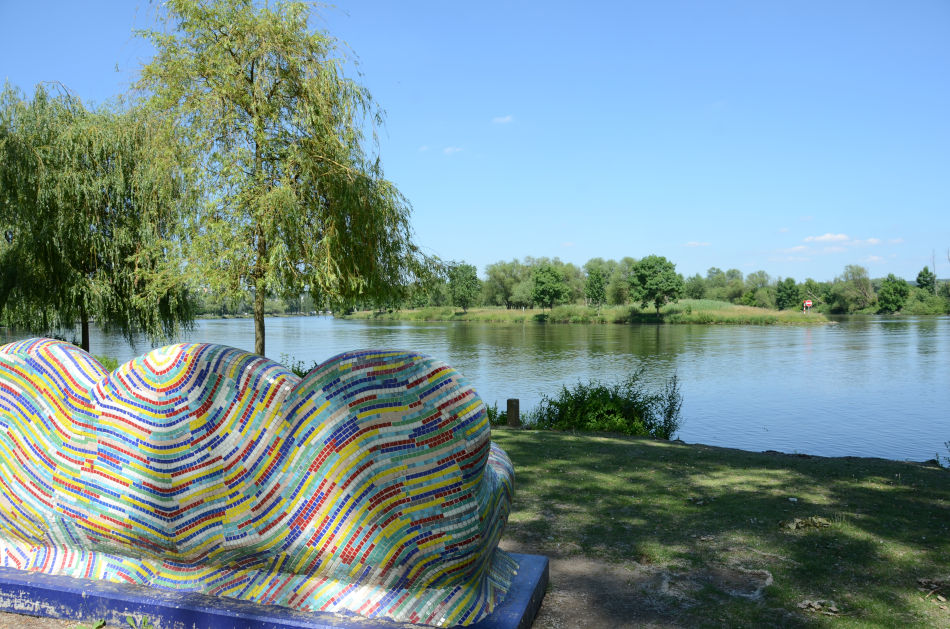