Nine of the best films shot in the Benelux

With its beautifully preserved medieval towns, atmospheric castles and romantic waterways, the Benelux region has provided the perfect backdrop for some of cinema’s most unforgettable scenes. From dark comedies like In Bruges to Amsterdam-based romantic drama The Fault in Our Stars, we countdown some of our favourite films shot in the Benelux.

Based on the best-selling book by Ransom Riggs, Tim Burton’s 2016 fantasy, Miss Peregrine’s Home for Peculiar Children, stars Eva Green in the title role. After a long search, Burton and production designer Gavin Bocquet chose Torenhof Castle near Antwerp as the location for Miss Peregrine’s home. The beautiful chateau was used for exterior shots and for scenes in the dining room, parlour and kitchen. 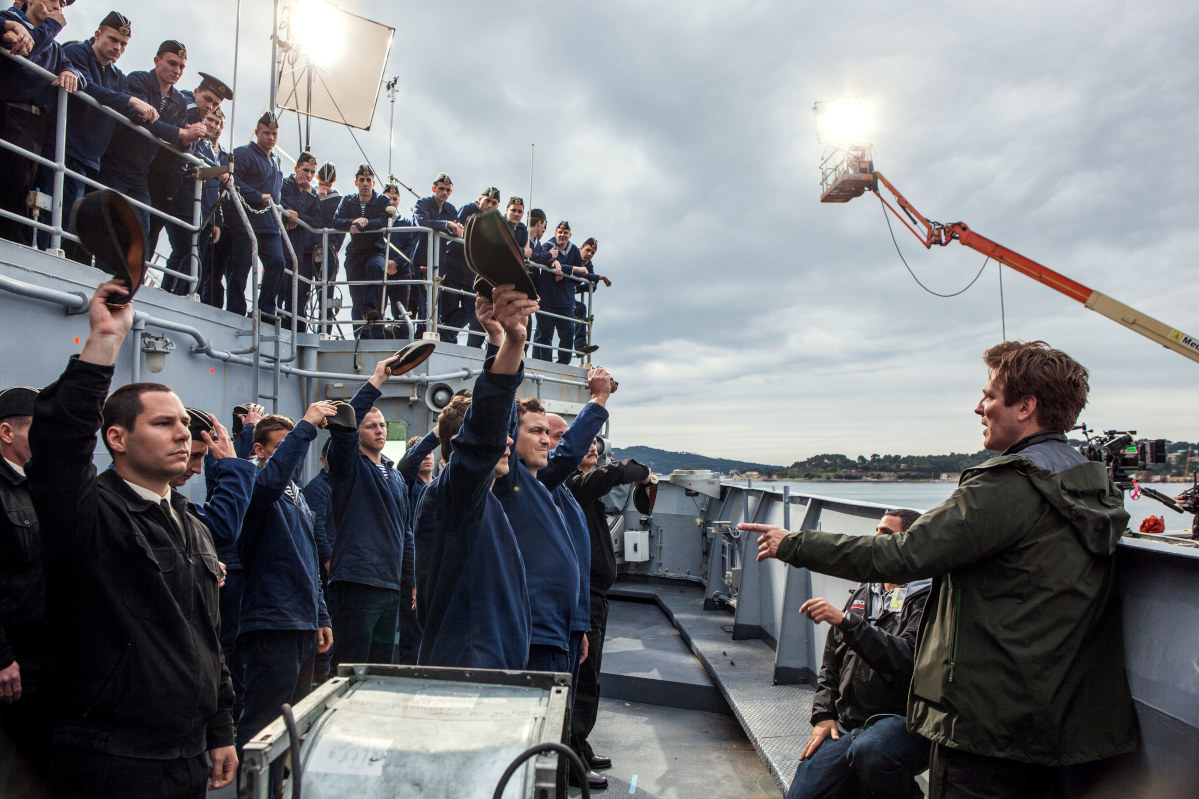 Directed by Denmark’s Thomas Vinterberg, 2018 drama The Command is based on the true story of Kursk, a nuclear-powered Russian submarine that sank during a training exercise in the Barents Sea in 2000. The film stars Flemish actor Matthias Schoenaerts and is one of the biggest films ever produced in Belgium. Much of the film was shot there, with the underwater scenes being produced at the AED film studios in Lint, Antwerp province.

With an A-list ensemble cast including George Clooney, Brad Pitt and Matt Damon, 2014 thriller Ocean’s Twelve sees Danny Ocean (played by Clooney) and his team head to the Dutch capital to try and pull off a heist. The group stay at the city’s glamorous Pulitzer Hotel, with several key scenes taking place here. Should you desire, you can also follow in their footsteps by visiting the De Dampkring coffee shop and the vibrant Kalverstraat shopping street. 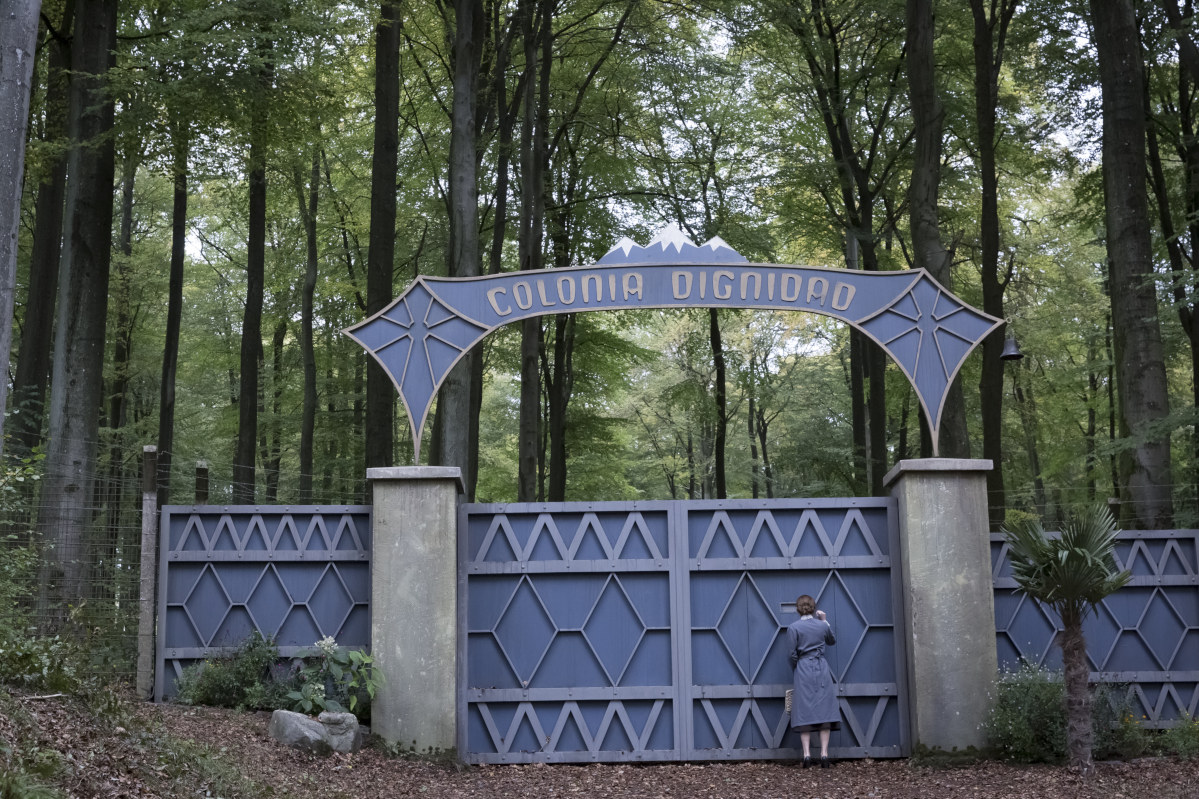 Many of the scenes in 2015 thriller Colonia were filmed in Luxembourg.

Inspired by true events, 2015 thriller Colonia stars Emma Watson and Daniel Brühl as Lena and Daniel, a young couple who become entangled in the Chilean military coup of 1973. It may be set in South America, yet many of the film’s most gripping scenes were actually shot in the Casemates du Bock — a network of tunnels that were built into rocks under Luxembourg City as part of the country’s original fortifications. 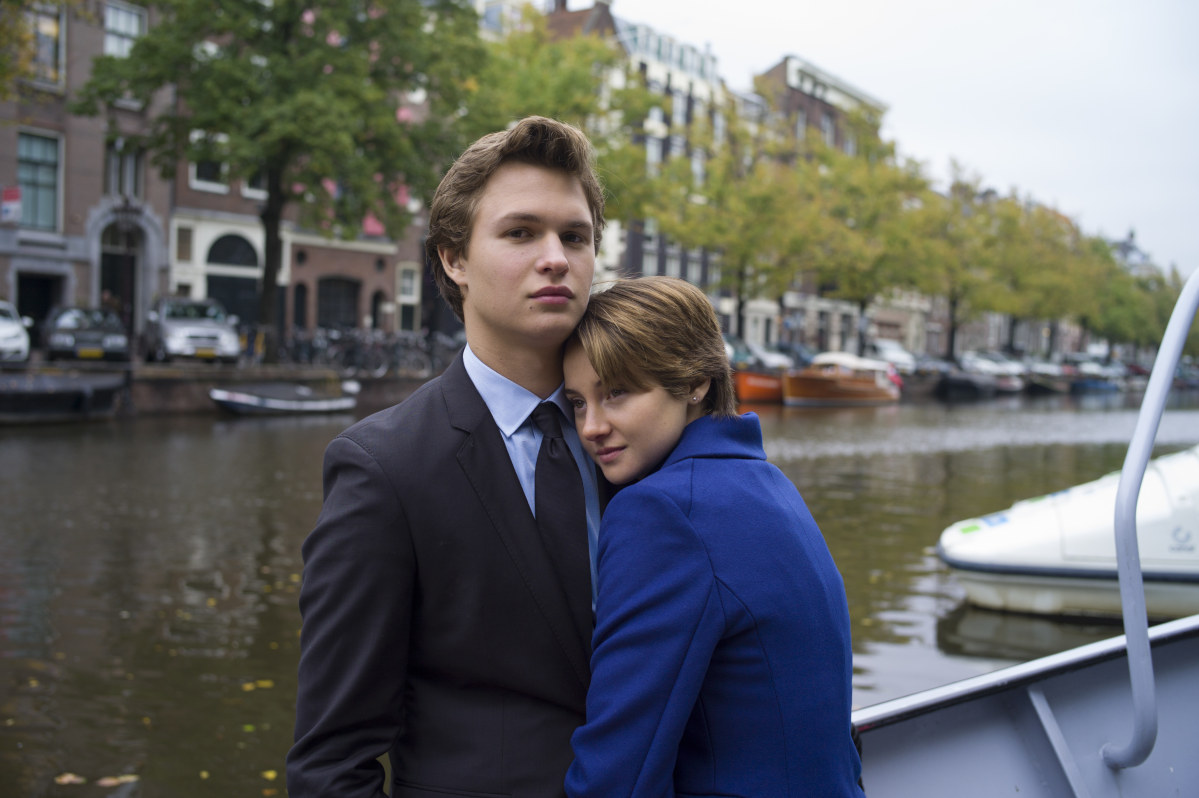 Shailene Woodley (right) and Ansel Elgort in The Fault In Our Stars.

5. The Fault in Our Stars

Shailene Woodley and Ansel Elgort both received countless award nominations for their poignant performances in 2014 drama The Fault in Our Stars, which takes teenage cancer patients Hazel and Gus on a life-affirming trip to visit a reclusive author in Amsterdam. One of the film’s most romantic scenes was shot on an unassuming green bench by the Leidsegracht canal, which fans flocked to visit after the film’s release. 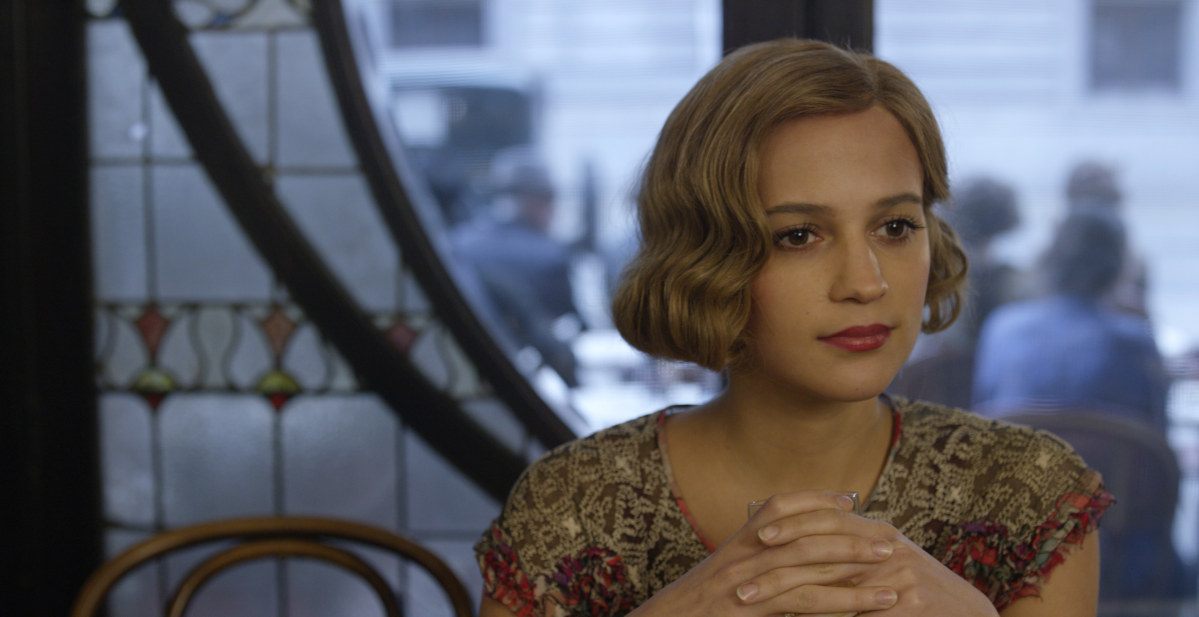 Alicia Vikander in The Danish Girl. 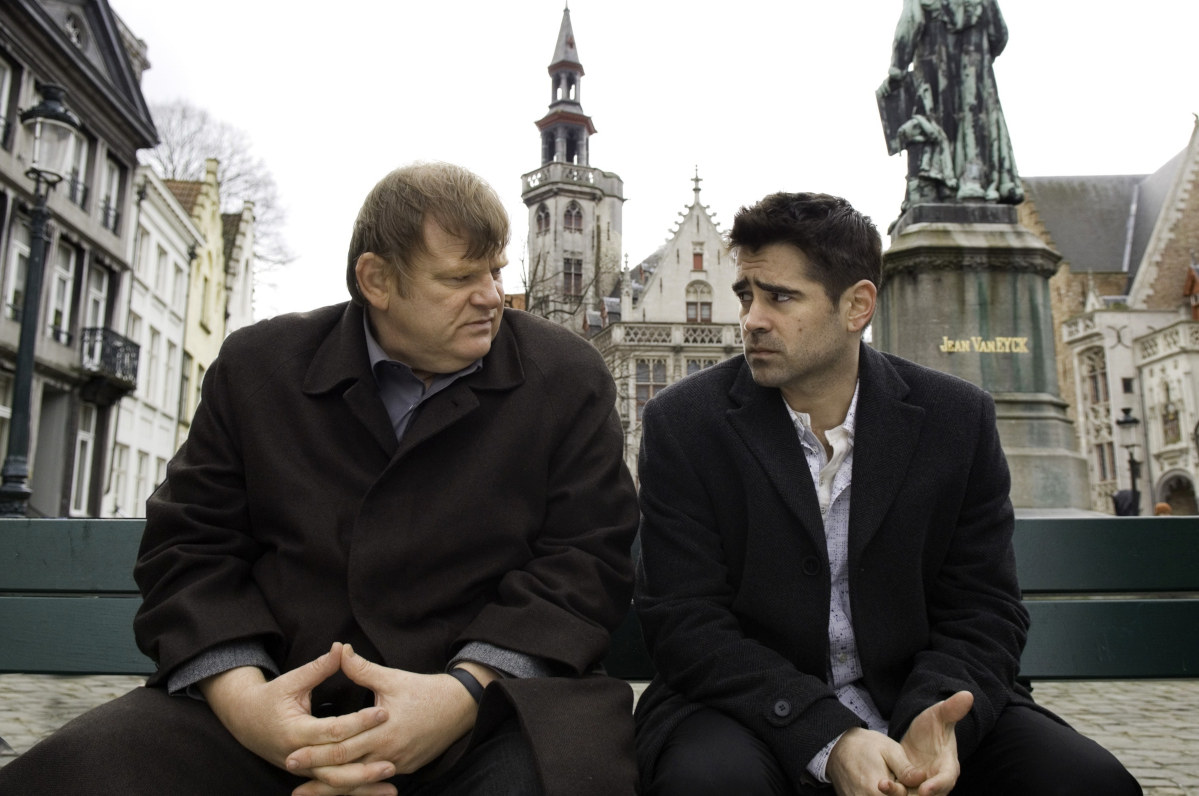 The dark comedy In Bruges (2008) stars Colin Farrell and Brendan Gleeson as hitmen Ray and Ken, who are banished to the beautiful Belgian city to hideaway. Thanks to a brilliant script and equally brilliant performances from Farrell and Gleeson, the film soon became a cult classic and acts as an unconventional love letter to one of Europe’s most well-preserved medieval cities. 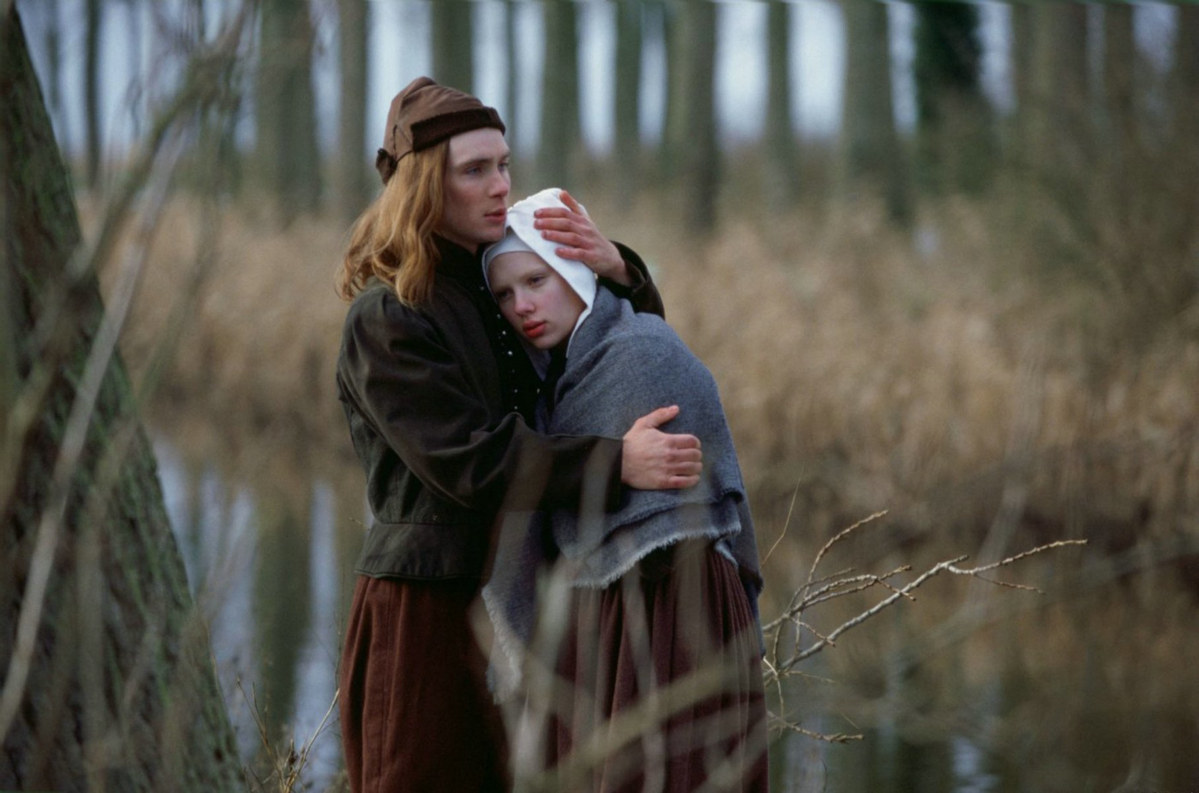 Scarlett Johansson (right) and Cillian Murphy in Girl with a Pearl Earring.

8. Girl with a Pearl Earring

Based on the novel by Tracy Chevalier and starring a young Scarlett Johansson, the 2003 film Girl with a Pearl Earring tells the story of a maid working in the house of Dutch painter Johannes Vermeer, who goes on to become the model for one of his most celebrated works. The Dutch city of Delft was the real-life hometown of Vermeer (1632–1675), although much of the filming took place in Belgium, Luxembourg and Amsterdam.